Correct load definition is a base requirement of proper fixing designing. The most common cases are related to static/quasi-static loads. According to applicable design guidelines EN 1990 Eurocode – Basis of structural design, they are defined as follow:
– static action – action that does not cause significant acceleration of the structure or structural members;
– quasi-static action – dynamic action represented by an equivalent static action in a static model.

In case of quasi-static actions, such way allows to take into account dynamic effects by appropriate dynamic coefficients e.g. for wind load or for traffic.According to mentioned guideline, actions can be divided i.a. due to time-variant:
– permanent actions (G), e.g. self-weight of structures, fixed equipment and road surfacing, and indirect actions caused by shrinkage and uneven settlements;
– variable actions (Q), e.g. imposed loads on building floors, beams and roofs, wind actions or snow loads;
– accidental actions (A), e.g. explosions, or impact from vehicles. 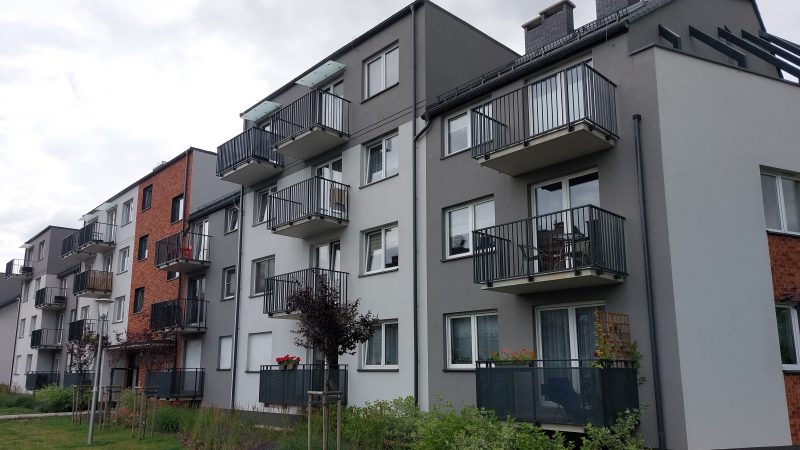 Final load values Fd (design loads) should be determined by characteristic loads Fk in consideration of appropriate partial safety factors γi (see Equation 1). The factors get different values depend on type of the actions (permanent, variable, accidental). They can be defined local as well, then values are presented in National Annex to Eurocode.

EasyFix4 software allows to take into account all mentioned cases.
In Concrete, Masonry and Balustrade modules, user can decide by his own if he defines the loads by design values directly or by characteristic ones. Default safety factors can be changed e.g. in consideration of national guidelines. All the actions can be managed in Loads tab. Loads variant function is very useful as well. Thanks to this user is able to analyse many load cases in the same time. Especially, when direction and value of the action is variable. Possibility of excel file import is an additional convenience. 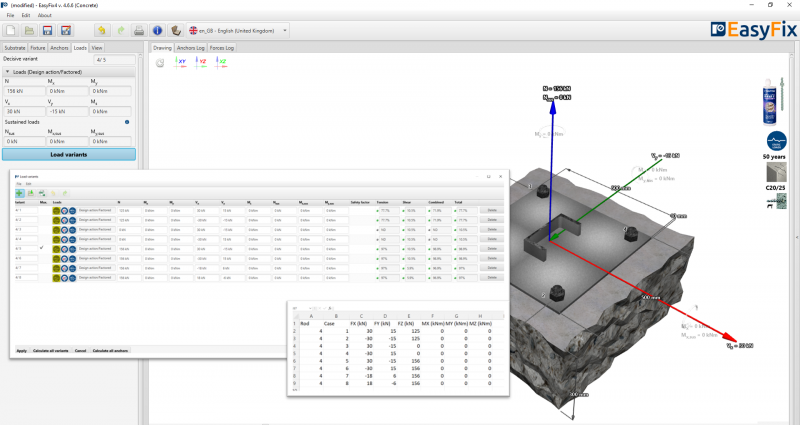 Login or Register
Make the most of all program capabilities - get unlimited access.

Login or Register
Make the most of all program capabilities - get unlimited access.

Thank you for downloading EasyFix!

Link has been copied. Copy the link to the clipboard

Your download has just started, and it will only take a moment.

Make the most of it to find out about other professional services from Rawlplug: BIM Rawlplug, Product Selector, Technical Library, Rawlplug Technical Helpdesk, and Technical FAQ.  You can find them all here.

Log in to receive a unique activation key unlocking the full version of EasyFix.

If you have no key, you will be able to use the program’s limited version after the installation is completed. In order to make the most of its full capabilities, register and generate the key. Register